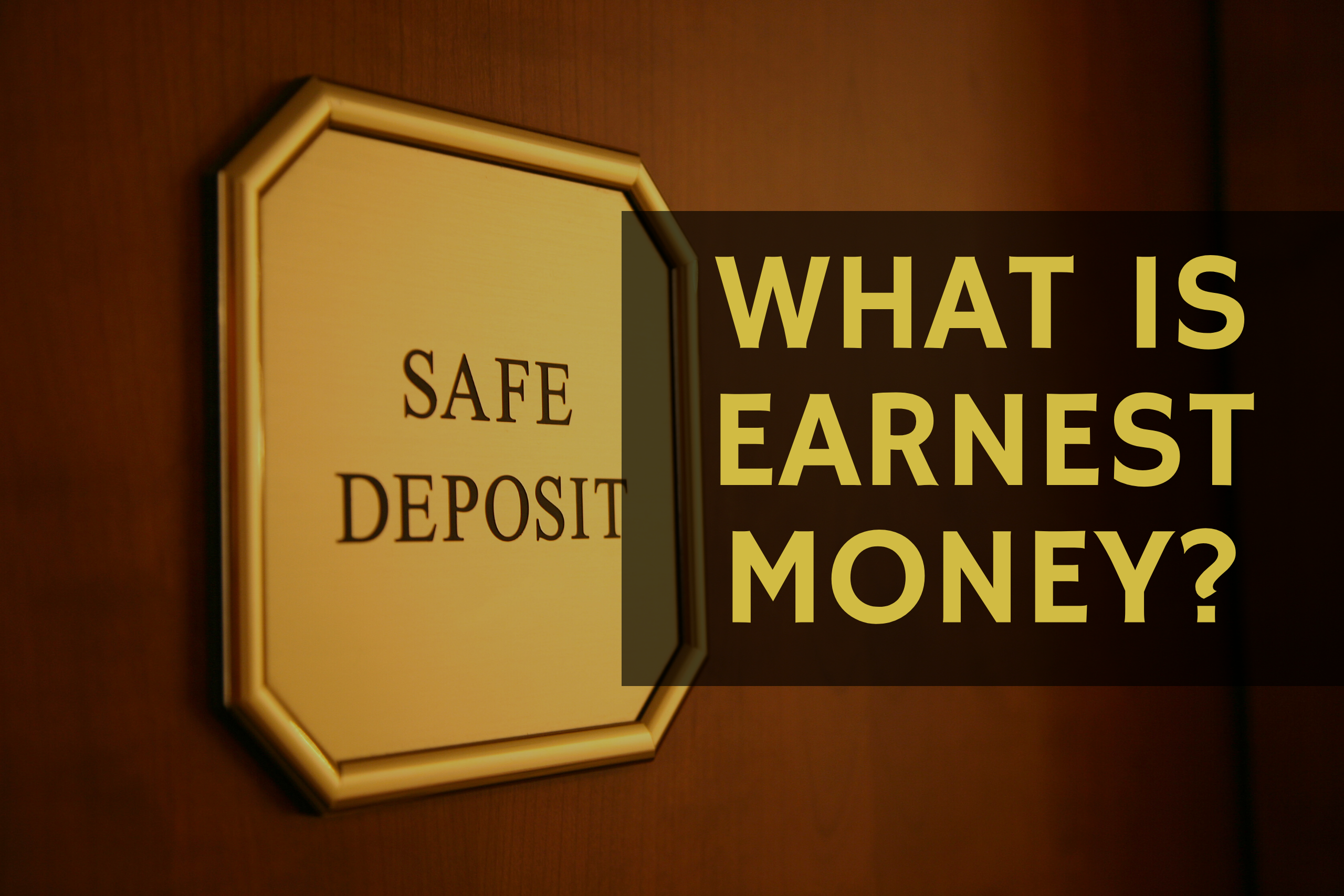 What is Earnest Money in a Real Estate Transaction?

If you’ve been through a real estate transaction or plan on buying a home, then you’ve probably heard of the term “earnest money deposit”. Another way of saying it would be “escrow” or “good-faith monies”.

Whichever way you heard it; you know that it’s important.

In this article, we’re going to go over exactly what the earnest money deposit is and the role it plays in a real estate transaction.

What is Earnest Money?

Earnest money is a deposit the Buyer provides to show the Sellers that they are sincere in their intention to purchase the home.

As a buyer, if you offer to buy a home and the Sellers accept your offer, then the home is “under contract”.

This means that the Sellers have pulled their home off the market to begin the next phase of the sales process, thus, closing the door to other potential buyers.

Without earnest money, there’s no way for a Seller to know if you, the Buyer, is serious about purchasing the property. For all they know, you could just be wasting their valuable time.

In essence, earnest money is a symbol of the Buyer’s commitment to buy a home.

Used as “Liquidated Damages” in the Event of a Voided Contract

If the Buyer voids a contract after the due diligence period, the timeframe used by Buyers in North Carolina to inspect the home and ensure their mortgage will go through, then the earnest money is awarded to the Seller as “liquidated damages”.

It translates to “money we deserve because you wasted our time”.

It wouldn’t be fair if buyers could enter contracts, go through an entire due diligence period, and then decide to void the contract with the Sellers getting nothing in compensation.

Earnest money is the only form of protection a Seller has during a transaction.

What is the Earnest Money Process?

Earnest money travels through a series of steps before it’s ever put to use.

1. Deposit is Handed Over Once Sellers Accept the Offer to Purchase and Contract

There are some cases where the earnest money is sent with the offer, but it’s rare and generally reserved for extremely competitive markets.

In almost every case, the earnest money deposit is sent after a Seller’s acceptance of the offer.

2. Deposited in Escrow With the Buyer’s Attorney or Another Third Party

In North Carolina and most other states, an escrow account is used to protect the earnest money.

Escrow is an account used to act as the “middle-man” between two parties during a transaction.

Depending on the state, these accounts can be interest-bearing. The interest accumulated will typically be given to the escrow holder as compensation.

In North Carolina, the Buyer’s attorney is typically the escrow holder, but there are some real estate brokerages that offer to hold the trust money.

3. Applied as a Credit to the Buyer at Closing.

Once all the necessary inspections and paperwork is completed, closing is just around the corner.

Earnest money, as well as other monies such as the down payment, will be disbursed as a credit to the buyer.

What Would Cause the Earnest Money Deposit to Be Returned to the Buyer?

While earnest money will eventually make its way into the Buyer’s camp, there are ways it can be returned prematurely.

In North Carolina, the due diligence period acts as a blanket contingency clause.

During due diligence, the Buyer can literally void the contract for any reason whatsoever.

They could pull out of a transaction if they didn’t like how a blade of grass was broken in half and still receive their full deposit.

No matter what, the Buyer is entitled to their earnest money deposit during the due diligence period. Only until after this period does the Seller have leverage.

Now you may ask, how is that fair to the Seller?

The Seller does have some form of protection. There’s a due diligence deposit that is sent along with the earnest money.

While generally a much smaller amount (average of $100-$300), it’s still something that provides the Seller with some sort of liquidated damages.

If you’re a Buyer and attempting to get a mortgage, then in almost every case, your lender will require an appraisal of the property.

If you don’t understand how the lending process works, then let us go over it quickly.

A mortgage is a loan that you’ll need to pay back to a lender. This means that theoretically, you’re not the “owner” of the home, your lender is. They are the ones who put up the funds to buy the property.

You’re just paying them back for the help.

The lender wants to know that they’re getting a good deal and not paying too much for the property.

If you default on the mortgage, they have to sell the property and try to get a profit. But if they bought the home for too much money then they’re not going to be able to do that.

Therefore, they will want an appraisal before you buy the house to see what they’re getting.

If the appraisal doesn’t add up to what you offered on the home, then they might refrain from giving you the mortgage, which means you can’t buy it, and the whole deal flops.

What Causes the Buyer to Lose the Earnest Money?

There are a couple of ways buyers can lose the earnest money deposit. Hint: It’s anything after the due diligence period.

Buyer Voids the Contract AFTER the Due Diligence Period

This doesn’t take much explaining. If the Buyer waits until after the due diligence period to void the contract, then they sacrifice their earnest money.

The only way they can recover the earnest money deposit after the due diligence period ends is if the Seller fails to perform their duties as stated by the contract.

The Buyer Fails to Perform Their Duties

If the Buyer fails to meet deadlines or conduct actions required by the contract, then it can result in an automatic voidance of the contract and forfeiture of the earnest money deposit.

There’s not really much to explain here as duties are varied by contract. Communicate with your Realtor about what needs to be done for your particular transaction.

How Much is the Earnest Money Deposit?

In competitive markets, your Realtor would suggest offering a higher number to win a bidding war.

Let’s say you’re offering to buy a home for $300,000 in a market under normal conditions.

As long as we perform our duties and refrain from voiding the contract after the due diligence period, then we should have no risk of losing the deposit.

There’s also such thing called an escalation clause. It’s essentially a clause sent with the offer that says “we will increase our sales price by X amount of dollars above the sales price of another offer that comes through”.

I would almost equate the escalation clause to a nuclear option.

Things can get way out of control. Due to the earnest money deposit being a percentage of the sales price, an escalation clause would “escalate” the deposit as well.

Earnest Money Mistakes You Can Make as a Buyer

1. Not Offering Enough Earnest Money in Your Initial Offer

If it’s a competitive market, you need to be vigilant with your earnest money. Be sure to communicate with your real estate agent and make sure that you’re offering enough earnest money to secure the property.

2. Voiding the Contract After the Due Diligence Period

For the love of everything. Don’t void a contract after the due diligence period. There’s a lot of time where you can easily void with no issues. Due diligence is on average 21-30 days.

That is more than enough time to decide if you want the house or not.

3. Not Offering Any Earnest Money at All

USDA and VA loans don’t require a down payment on the mortgage. Thus, clients feel as if it’s not necessary to offer earnest money as well.

Since the earnest money deposit is intended to act as protection for the Seller and to ensure them of your commitment to buying the home. Be rest assured that they will not take an offer without earnest money too kindly.

What Happens During an Earnest Money Dispute?

If a real estate transaction falls apart then obviously someone’s going to feel entitled to the earnest money deposit.

If both the Seller and the Buyer are disputing the deposit, then the only course the escrow holder can take is to hold on to the deposit until the Clerk of Courts gets involved.

What happens after this are legal matters that I’m not legally able to give commentary or advice on, but the message here is that a dispute is messy.

Also note, the escrow holder IS NOT allowed to disburse monies at any point unless authorized to do so by an authority or when it’s the appropriate course of action (e.g. closing).

Earnest money can be complicated.

However, in most transactions, it’s a smooth process and things don’t get too out of hand.

The main idea for you to understand is that it’s used to protect the Seller from a voided transaction.

If you have any questions, please ask.

Matthew is a North Carolina real estate agent and the CEO of Berri Properties. Matthew brought his passion for writing to his career by creating the Berri Properties Blog, which now ranks as one of the Top 50 Best Real Estate Blogs in the world. His favorite things are basketball, history, politics, and popcorn. Feel free to contact him at matthew@berriluxuryproperties.com
PrevPreviousPros and Cons of Selling Your Home For Sale By Owner
Next3 Tips for Buying Smart Home DevicesNext 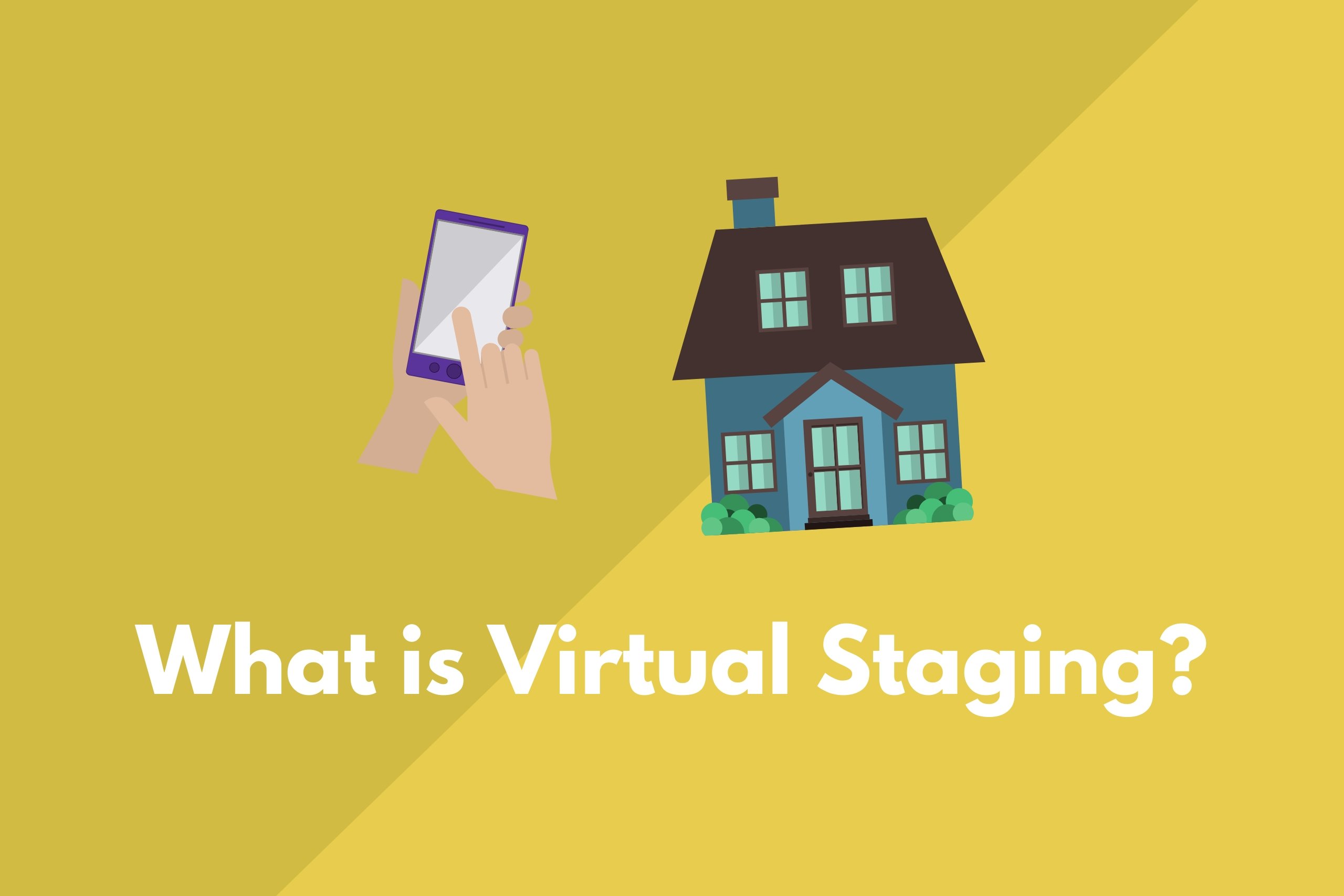